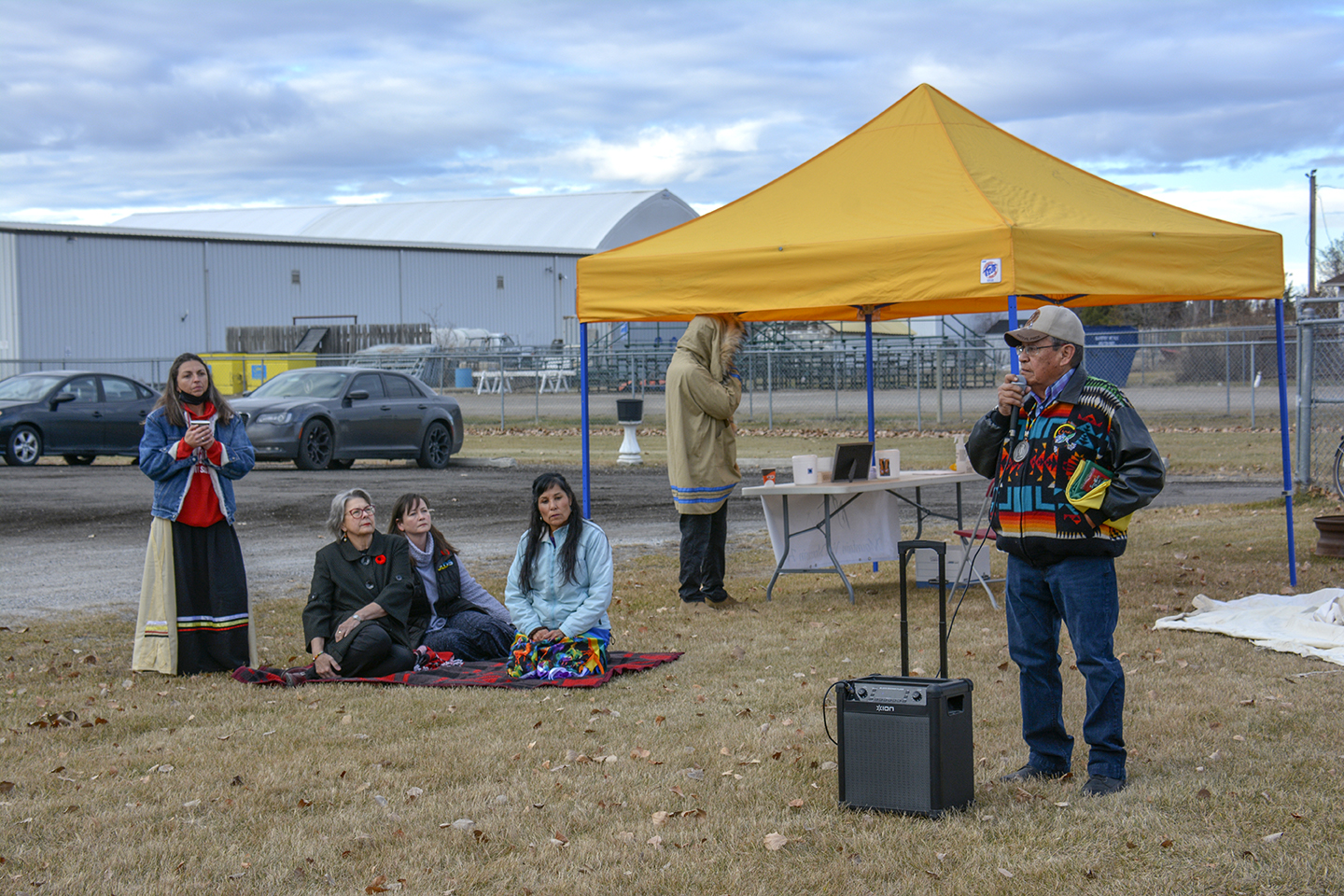 In the photo on the above-right, Mayor Judy Dahl looks on with Robyn Sorenson (left) and Pam Lashmore (right) of the Mountain View Moccasin House Society, as Knowledge Keeper Henry Holloway welcomes visitors to the event. 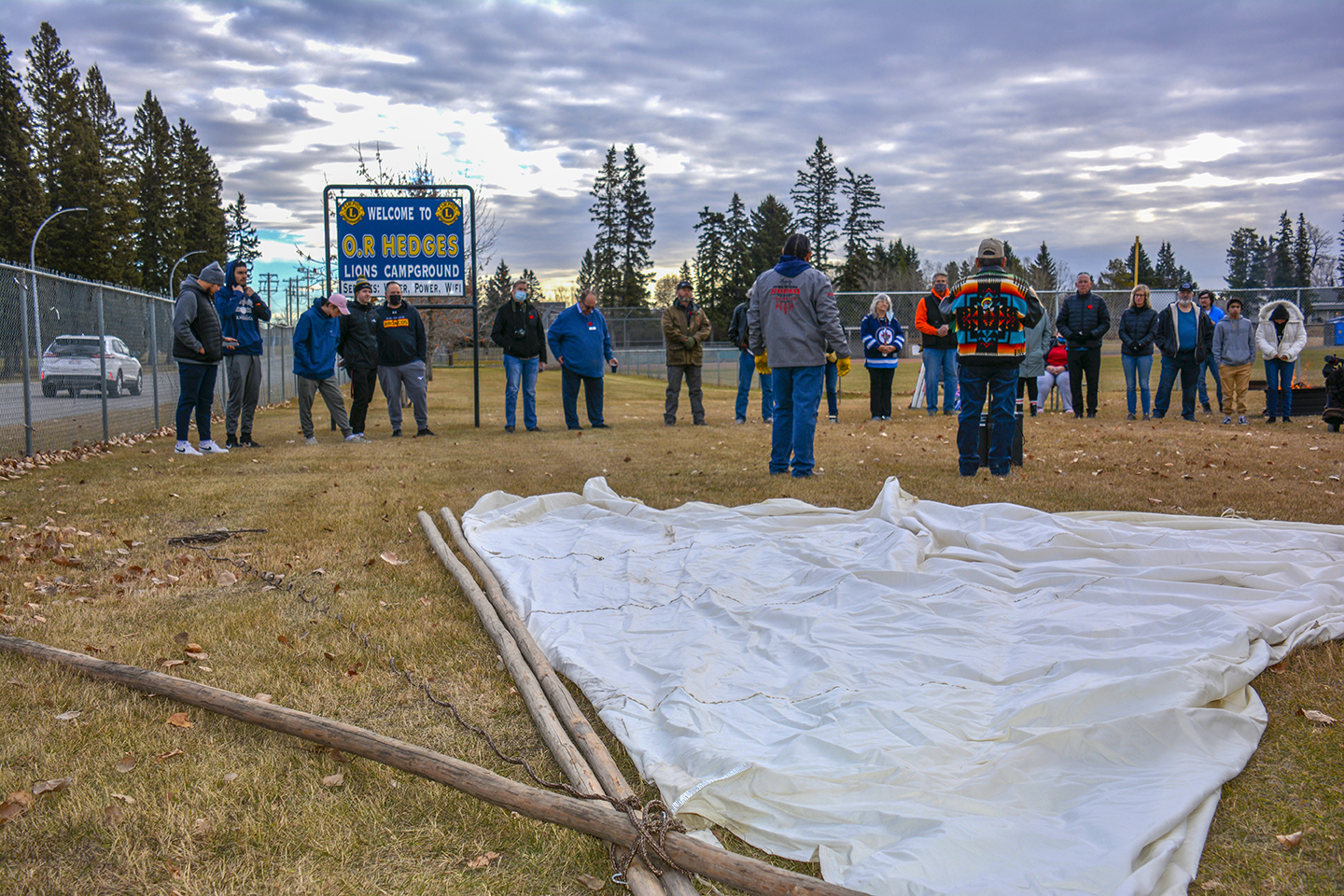 Knowledge Keepers Ollie Benjamin and Henry Holloway address the crowd as the tipi parts wait to go up. 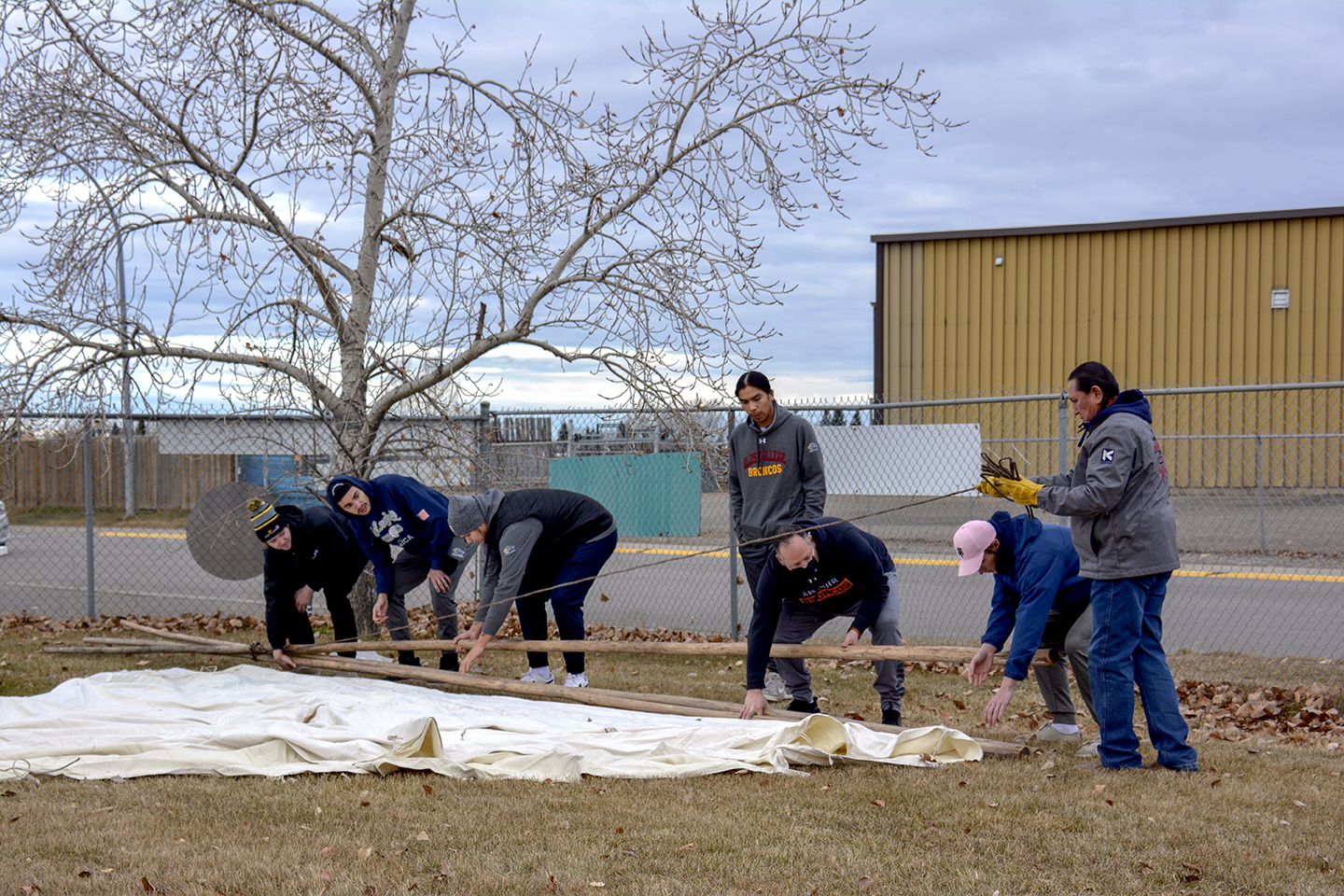 The Olds College Broncos provided lots of muscle and took in the program, alongside community members, young and old alike. Knowledge Keeper Ollie Benjamin provides direction as the first posts are about to go up.

The tipi foundational poles are about to be put in place. 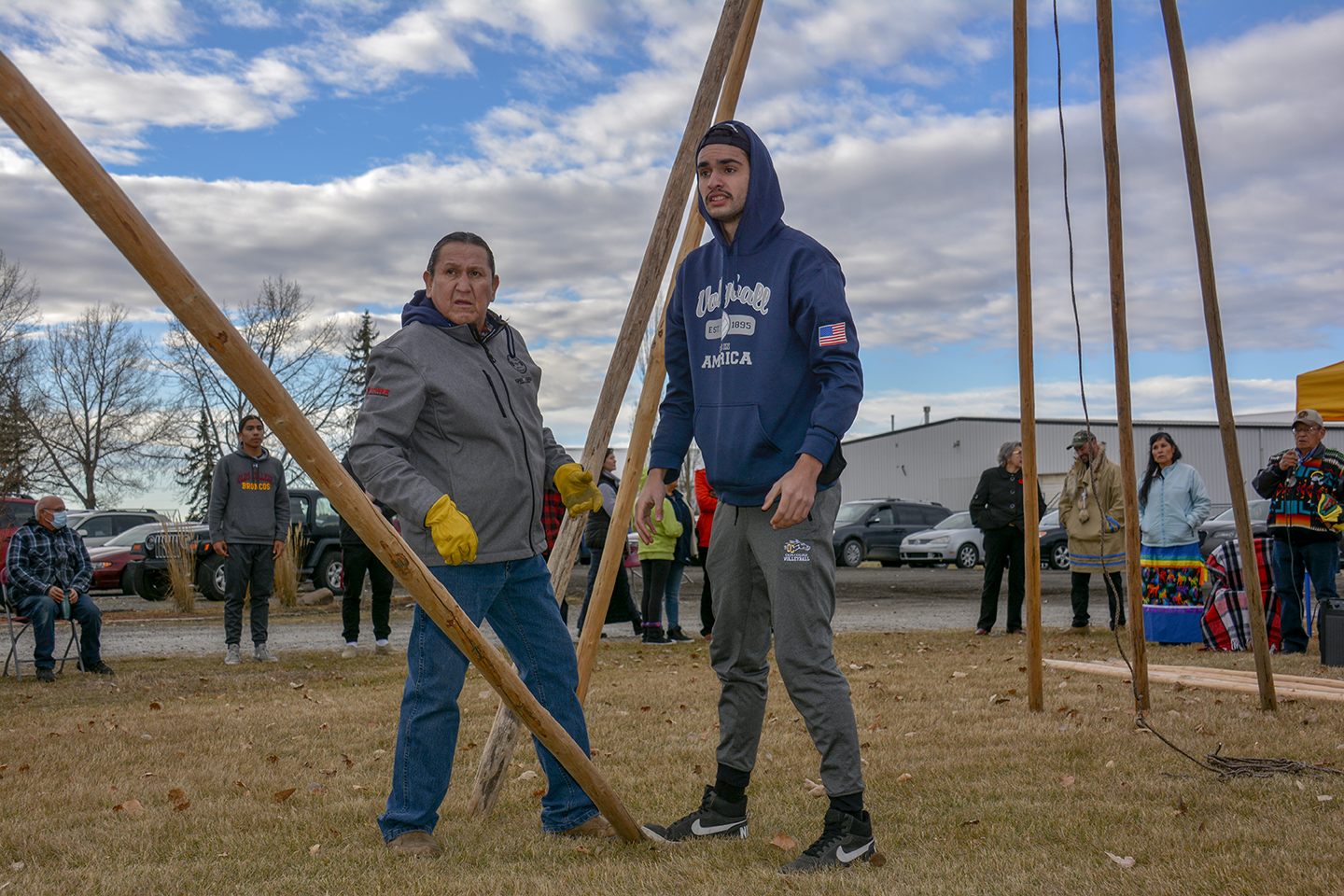 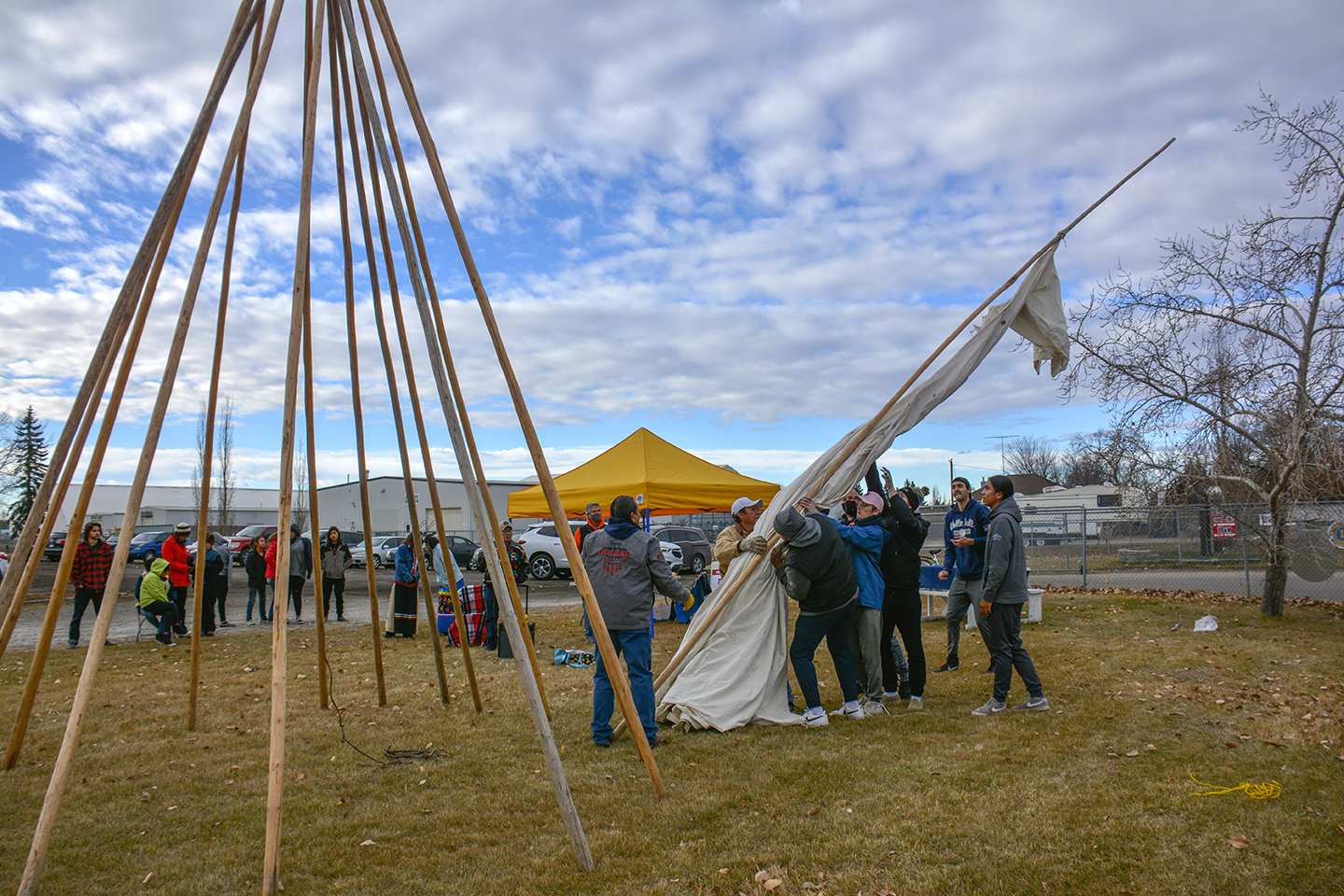 With all poles in place, the helpers work together to drape the outside wall (skirt) and stretch it in place. 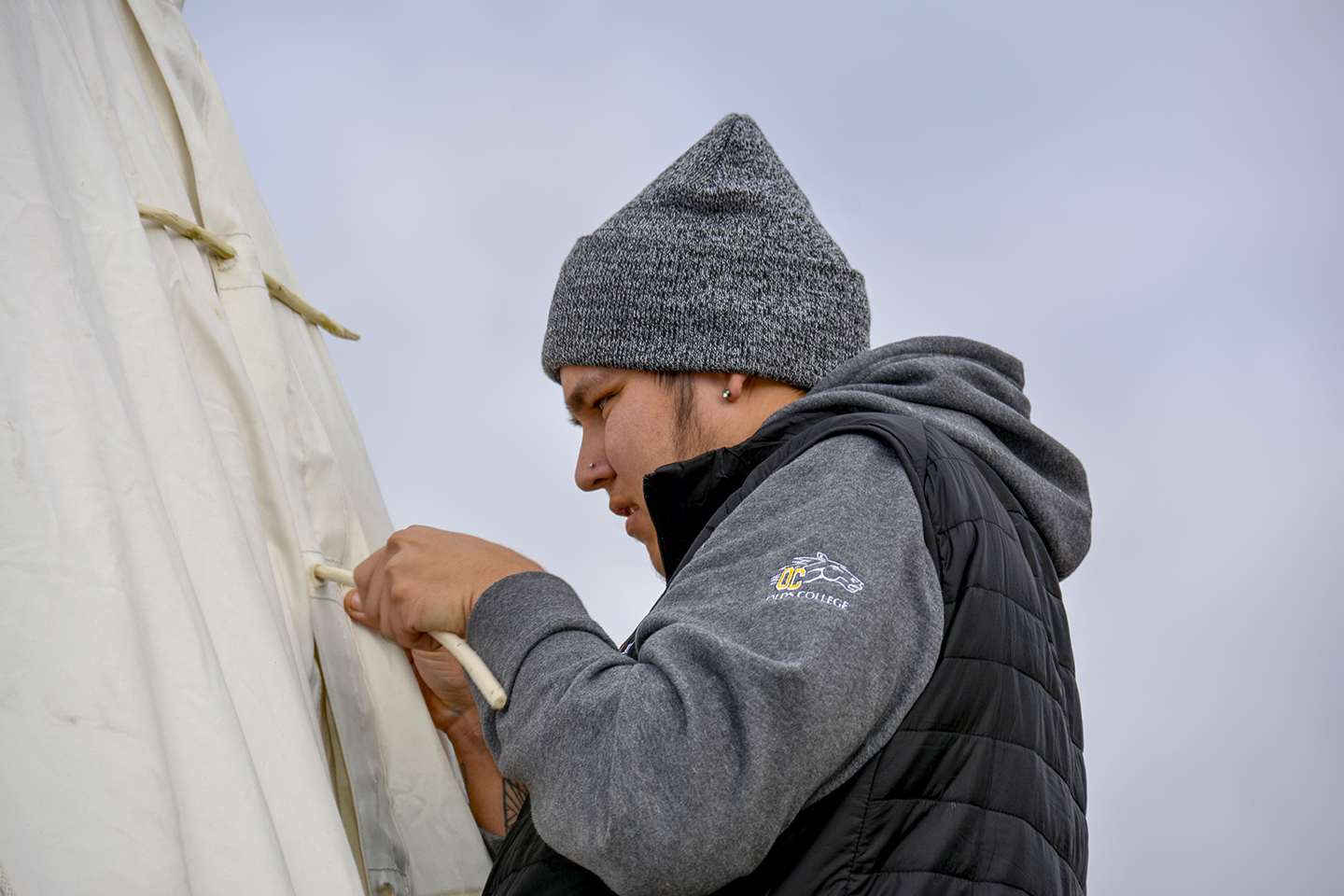 One of the helpers splices the canvas seam together using traditional techniques.

Just some finishing touches left - the anchor pegs to hold everything in place. Of course, it is best to put up a tipi when the ground is soft as the pegs need to be pounded into the earth, but this was Moccasin House’s first opportunity to walk through the process. Thank goodness for the wonderful weather. 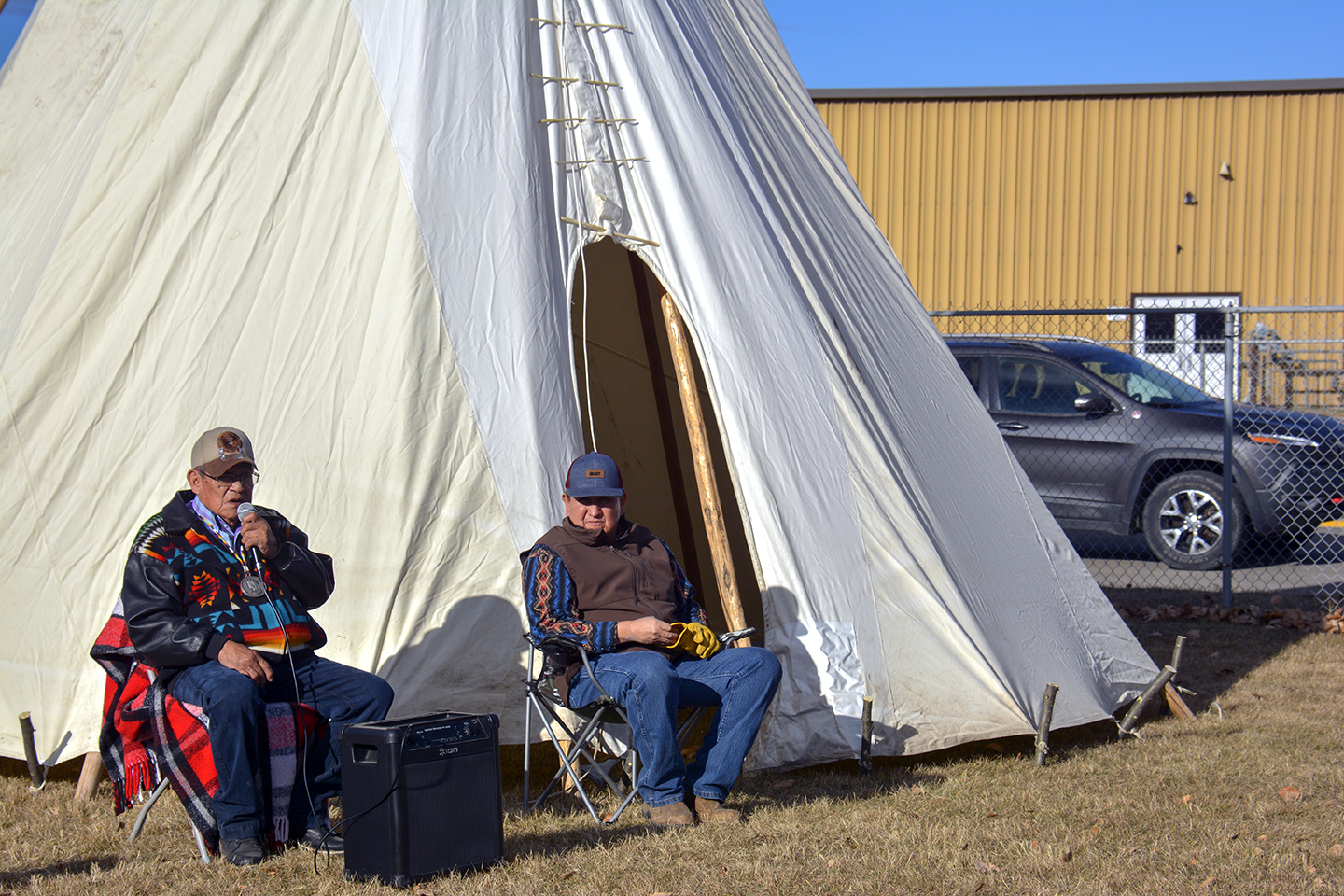 After completion of the Tipi setup, Knowledge Keeper Henry Holloway spoke about hunting traditions and protocols followed by Stoney Nakoda first nations people.  He also shared that this area including the town we now know as “Olds” was known to the Stoney People as “Îsaguwin Oyade,” when translated means “old peoples' area”. This area was known for the pond or spring that is located west of Olds where the elderly people lived. Tipi poles were left there to be used by travellers as they passed through this area who wanted to set up camp. 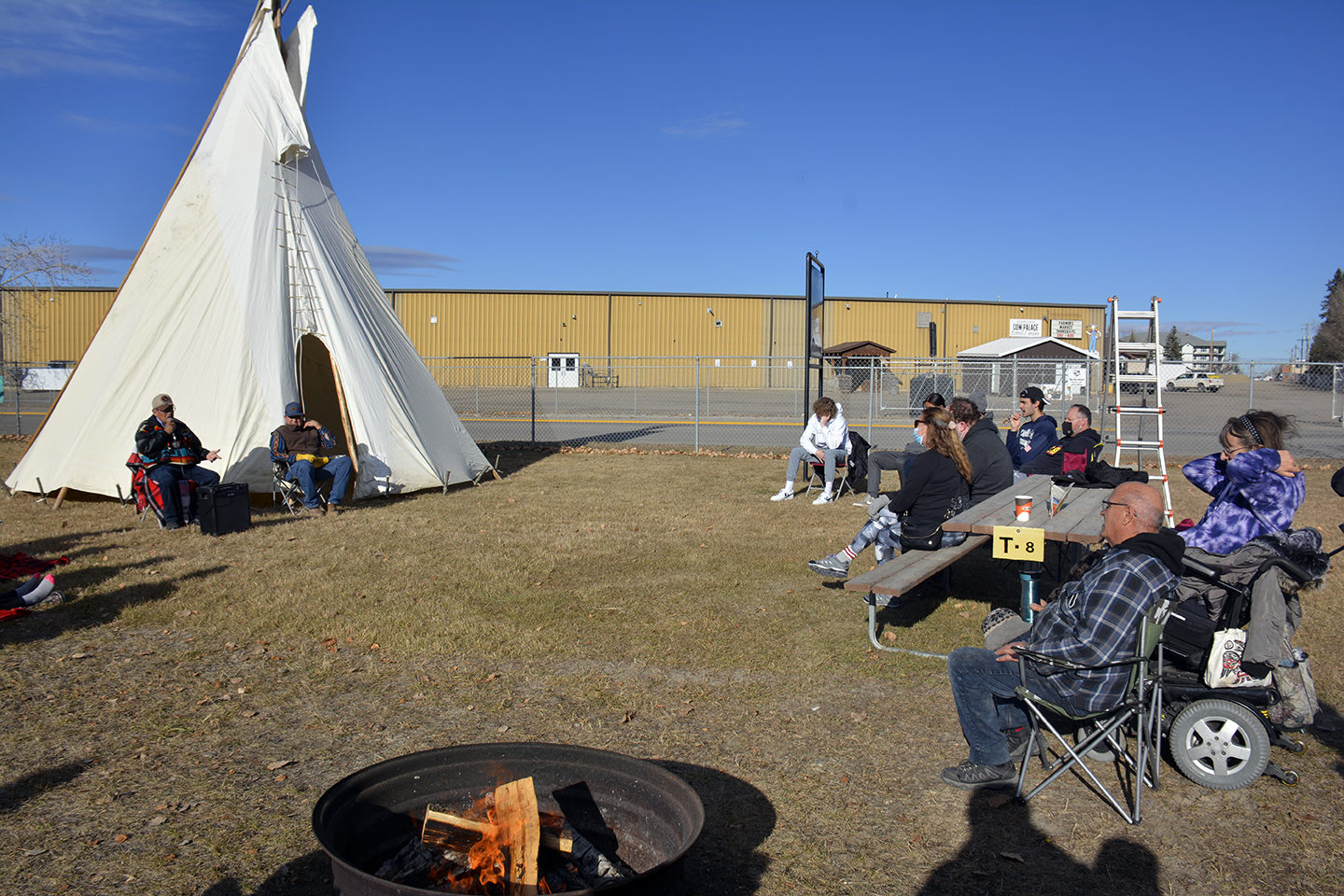 Moccasin House Members hope to raise the tipi regularly in the community in the new year, and now feel they have an informed group that can be called on for help whenever the opportunity presents itself.